Karen Bromfield was born and raised in Kingston, Jamaica, West Indies and attended Catholic schools and Church throughout her childhood and teenaged years. She began singing as a child and although she was always passionate about singing, she was extremely shy.

She joined the choir in school and remained hidden by being a choir member.

After migrating to the USA, she attended college at Montclair State University where she received a Bachelor of Science degree in Chemistry in 1990. She was involved in the Montclair State Gospel Ensemble which gave her a new worship experience. Although successful in her academic achievements, she was not fulfilled. She had not yet surrendered her life to Jesus Christ. She got married in 1996 to a wonderful and supportive native Jamaican, David Bromfield and eventually became a believer of Jesus Christ on her birthday in November 1999 at a Baptist church where she began leading worship for the first time. Soon thereafter, she received the filling of the Holy Ghost. A few years later, she began attending other churches where she was exposed to the Pentecostal experience. She continued to lead worship while learning how to “let go and let God”.

During this time she pursued and received a Masters Degree in Religious Studies with an emphasis in Worship, in 2009 from Southern California Seminary School. Life was good and by then she had two wonderful boys.

In 2011 however, she was afflicted with unexplained illnesses that consumed three years of her life ultimately causing her to pursue a deeper and more intimate relationship with God. She found Him to be Healer of every sickness and Deliverer from every bondage.

Her faith has been strengthened with every challenge as she has come to know that her God is able.

Though she began writing songs about God shortly after giving her life to Christ, in 2012 in the midst of her health crisis, her songs took on a different style. She began writing worship songs and devotionals from The Secret Place. Songs began pouring out of her spirit directly from His Throne Room to refresh her spirit and anyone else who would hear it.

Also in 2012, at her current non-denominational church, she began exploring other spiritual gifts in the prophetic such as prophetic intercession and prophetic worship which would lead her to her true calling and destiny in God.

Now having been healed and delivered by the blood of Jesus Christ, she passionately desires for others to be healed and delivered as well. God has now begun to use her as a conduit in this ministry for His people and His kingdom. Her belief remains that healing and deliverance is available to all in Jesus' Name. 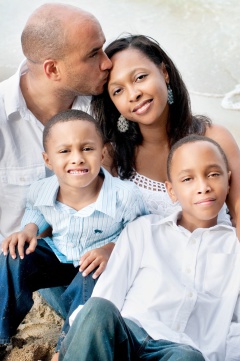